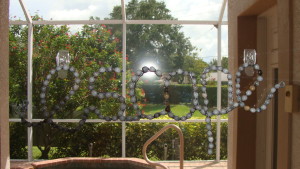 As I heard many times in my career “Drugs work until they don’t”. Nearly every day I hear of someone losing their life because of drug use. Sometimes it is a celebrity like Scott Weiland or Whitney Houston and it hits the news. Other times it is a local parent or child that is gone because of drug use or addiction. Still the pain and devastation continues day in and day out. Drugs come in all disguises from chic designer drugs to street drugs to the drugs of pride, fear, terror and anger. Drugs are killing the brightest people and yet it is rarely addressed at its root cause.

It is easy for others to point the finger of blame on some event or thing so we as a society can be one step away from the pain and destruction. In reality, those who are killing themselves with drugs and may not know it, are silently miserable inside and they don’t feel safe enough to know where to turn for help. Or worse, they secretly don’t think they deserve help or that it could work for them. So the pain, grief and separation takes its toll over time and eventually it hits the news that this person has died and drugs may be involved.

With intelligence and affluence being the biggest barriers to recovery (means “to feel better”), far too many people are suffering alone. They are alone in the midst of a crowd of people. Scott Weiland, Whitney Houston, Michael Jackson and others all suffered internally. Their lives lived out in public and the real person veiled from the world. See What Scott Weiland’s family has to say here.

Were these people great secret keepers or did some number of folks know the pain and desperation yet stood by not knowing what to do or worse doing nothing because of their personal gain. In working with people of notoriety, I have encountered people who are surrounding the person as “helpers”. Typically the help is really a form of enabling. They have a “the show must go on” mentality. By not addressing the issue and fostering the just keep going mentality, things get worse. It is no surprise to me that so many well insulated people are virtually paralyzed and they eventually die. It must be an internal hell to be that alone and full of pain and fear that it seems impossible to feel better.

My message for everyone when they say or hear “Drugs work until they don’t” is:
1. WAKE UP – something is a miss
2. TELL THE TRUTH to the person, even if they get angry.
3. SUPPORT HEALTH and disengage from drug related behavior and conversation
4. SEEK SAFE HELP for yourself and those around. Everyone is impacted.
5. ESTABLISH AND MAINTAIN positive life changes

When the voice of reason comes into an unreasonable situation the opportunity arrives to stop the destruction spiral. The person may choose to self-destruct anyway. You however will be able to look at yourself and know you did not enable or promote their destruction.

Remember, all forms of drug use/abuse are the effect of a spent cause. The cause is hidden by the drug use, the anger attack, and the fear and terror response. This is why I wrote How to Quit Anything in 5 Simple Steps. If you really care, being quiet in the face of their addictive behavior is actually putting nails in their coffin.