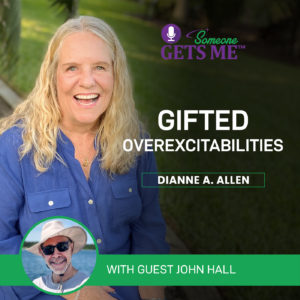 “There’s so much to be said about the power of music, storytelling, and connecting.”

Are you wondering what it’s like to grow up in an environment with different influences? In this episode, we’re going to talk about gifted overexcitabilities with John Hall, a multi-talented musician, singer, and songwriter. He’s well-known both in the music and political world.

Part One of ‘Gifted Overexcitabilities with John Hall’

John and his brothers were expected to excel at whatever they did. He was exposed to music lessons from a young age, and that’s how he got involved in music. From his piano lessons at age 5 to his medal-winning French horn performance at the Ithaca College Music Festival, from his folk days of singing Weavers, Peter Paul and Mary, and Bob Dylan songs, from his obsession with the Ventures, Beach Boys, Beatles, and Jimi Hendrix, John Hall learned three things: Play, Write, Listen.

Now that he’s finished serving two terms as the Congressman from New York’s 19th District, John is writing songs again, performing solo and with Orleans, and continuing with his environmental activism.

In early 1972, John’s local jam band in Woodstock turned into Orleans when first Wells Kelly and then Larry Hoppen joined the ensemble. Later that year, Lance Hoppen joined on bass, freeing Larry to play guitar and keyboard. Orleans recorded four albums in the seventies, scoring radio hits with ‘Still The One’ and ‘Dance With Me’.

John left Orleans in 1978 and made two solo records, “John Hall” and “Power.” The latter featured the anti-nuclear anthem, which later became the theme of the No Nukes concerts, recorded by the Doobie Brothers with James Taylor. Then followed two John Hall Band albums, and the AOR and MTV hit “Crazy (Keep On Falling).” After Wells Kelly’s death in 1984, John reunited with Larry and Lance Hoppen, and they were recruited by Tony Brown of MCA Nashville to record there. The result was 1986’s “Grownup Children.” Since then, John has alternated between recording and touring with Orleans and doing solo projects, including “Recovered,” “On A Distant Star,” and “Love Doesn’t Ask.”

Along the way, environmental and political concerns have kept John moving in and out of direct community involvement. He was elected to the Ulster County Legislature in 1989 and served one term in 1990 and ’91. In the late 1990s, he was elected twice as trustee of the Saugerties NY Board of Education, where his fellow trustees elected him president. He also served as a volunteer member of the Hudson River Sloop Clearwater’s board of directors before running successfully for Congress in 2006.

John Hall’s story is empowering because it teaches us that you can be interested in many different things and still be successful regardless of how others perceive you.

There’s always more to someone than meets the eye. That’s why we must never judge a book by its cover.

John learned how to ski in his forties to be a chaperone with her daughter’s school group. He didn’t just learn it; he mastered it and became the instructor of the year at Hunter Mountain, just south of the village of Hunter, in Greene County, New York, United States.

So, if you’re afraid to step into your authenticity zone, don’t get intimidated by people telling you how hard it is. Take the time to explore, follow your inner desire, and keep learning. Step into your higher calling, and live in the moment.

John Hall represented New York’s 19th district until 2011, when he returned to private life, and a life of music. After the Fukushima meltdowns in March 2011, he wrote and recorded the song “I Told You So,” which he recorded and later performed with Bonnie Raitt, Jackson Browne, and others as part of a MUSE/No Nukes concert in Mountainville CA.

Since reuniting with Orleans in August 2013, John has crossed the country half a dozen times, sharing the stage with artists including Christopher Cross, Poco, Firefall, Leo Sayer, Al Stewart, Player, Robbie Dupree, Gary Wright, and Ambrosia

A live recording of John with Jonell Mosser has just been released. Drawn from a 1994 performance at the Bearsville Theater in Woodstock NY, the record shows Jonell and John as a combustible duo, her vocals and his guitar rocking the house.

Since the pandemic caused all concerts to be canceled or postponed, John has been working on recordings and videos with Orleans, the latest song “Home” having been written with Johanna Hall and Don Schlitz.  He is also finishing recording and mixing tracks for his forthcoming solo album “Reclaiming My Time” which will be released this winter.

You have a vision inside to create something bigger than you. What you need are a community and a mentor. The 6-month Visionary Leader Program will move you forward. You will grow, transform, and connect. http://bit.ly/DianneAAllen