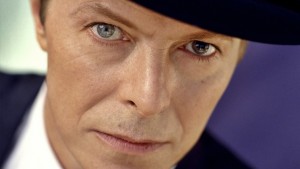 When I heard about David Bowie passing away, my heart stopped and my stomach had a sinking feeling. Though I have not known him personally, my life has been greatly impacted by his presence. David’s character, talent and amazing longevity of his calling inspire me and many of the prominent and notable people I work with on a day to day basis. One of the amazing remembrances I have is listening to him 40 years ago and continuing to enjoy his talent and skill. His career has lasted so long because, I believe, he was true to his personal inner calling. David followed his passion and he was true to himself in ways no one can fully understand. He applied his vision.

David was flexible and able to change as the times changed. He remained true to himself and continued to offer his gifts to the world until he left this world in physical form. Everyone I know has been touched by David Bowie and his life and music. For David, he lived his dream and he shared his gifts with us as long as he could humanly create.

In many ways David Bowie is now immortal. He richly touched many of our lives and has touched our hearts in ways that words cannot completely explain. My heart is saddened and I am also grateful for having lived in a time and space where David and other iconic people of his era have touched my life daily for decades. He was one of the first musicians I resonated with as I became interested in music and the profound lyrics coming through great musical genius like David Bowie.

From the seventies to the current year, David has continued to create and express artistic genius. Movies and music showcased his depth and versatility.  He collaborated with Tina Turner, Mick Jagger, The Pat Metheny Group and Queen.  As I reviewed the many ways his work and talent have impacted me, I humbly offer a time of gratitude for having had the experience of enjoying his work.  On his 69th birthday, he released an album. It is my vision to continue to create and offer my gifts as he demonstrated. He showed us how to live fully, expressing our gifts. Thank you David for the example you have set for all of us. 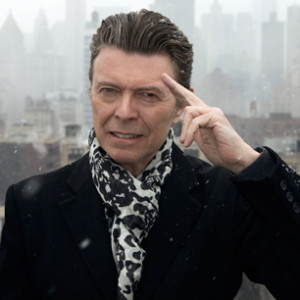 David Bowie was a Distinguished Leader. He distinguished himself from the ordinary and mundane. He forged a path and created powerful experiences for others that were and are part of each person’s personal transformation. David could never truly know the impact that he has had on our world. His Leadership and his courage remain steadfast in our hearts as we bid him farewell.